Since coming to Lochcarron as a child to visit his grandparents, writer Graeme Macrae Burnet has always loved the area, and now he has written a novel inspired by its history, landscape and people – recently long-listed for the UK’s most prestigious literary award, the Man Booker prize, joining Nobel prize winner JM Coetzee and other well-known writers such as Deborah Levy, AL Kennedy and Elizabeth Strout.

Graeme’s novel, His Bloody Project, set in 1869, describes a brutal triple murder in “the remote Wester Ross village of Culduie” which leads to the arrest of a seventeen-year-old crofter called Roderick Macrae. “There is no question of Macrae’s guilt,” writes Graeme, “but it falls to the country’s most eminent legal and psychiatric minds to uncover what drove him to his bloody deeds. And ultimately, the young man’s fate hinges on one key question: is he insane?” 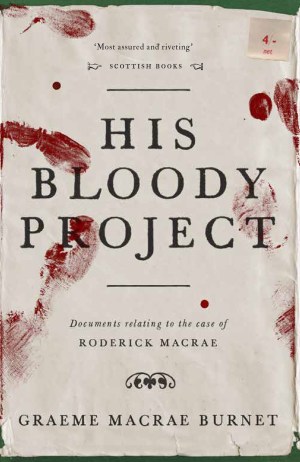 The story unfolds through a series of found documents, including police statements; the accused’s prison memoir; the account of a renowned psychiatrist, J. Bruce Thomson; and a report of the trial, compiled from contemporary newspapers.

The Lochcarron Gallery is delighted to have copies of Graeme’s “masterful psychological thriller” for sale on an exclusive basis in the local area, for just £8.99.  So if you want to know why Roderick was driven to murder and if he was truly insane, you know where to come…

“A gripping crime story, a deeply imagined historical novel, and gloriously written – all in one tour-de-force of a book. Stevensonian – that’s the highest praise I can give.” – Chris Dolan, Sunday Herald, Books of the Year

“Psychologically astute and convincingly grounded in its environment, this study of petty persecution and murder is a fine achievement from an ambitious and accomplished writer.” – Richard Strachan, The National 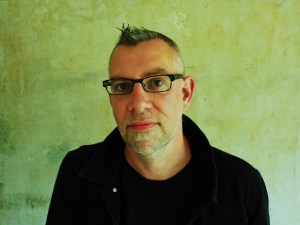 Now living in Glasgow and a regular visitor to his family’s house in Lochcarron, Kilmarnock-born Graeme won a Scottish Book Trust New Writer’s Award in 2013, and the following year his debut novel, The Disappearance of Adèle Bedeau, was published by Saraband Books.  His second book, His Bloody Project: Documents Relating to the Case of Roderick Macrae was published last year, and the screen rights have been acquired by Synchronicity Films. Graeme has appeared at numerous literary festivals, including Bloody Scotland, Winter Words, Belladrum, Death in Grantown and Aye Write, and also holds regular workshops.